I have been giving honest, accurate, clairvoyant, and clairaudient psychic tarot readings with completely accurate time-frames since 1967 (48+ years!).

My psychic tarot readings are based on Astrological, Numerological, Qabbalistic, and Angelic correspondences & magical invocations.

I have been practicing EFT (Emotional Freedom Techniques and Reiki to heal broken hearts and love-pain since 1996.

I have also been teaching and coaching "The Law of Attraction" and "The Secret" to help my clients attract and manifest their true love and soul-mate, happiness, prosperity, abundance and success since 1999.

I really enjoy helping my clients acquire clarity, psychic wisdom, and spiritual healing. My goal is to provide my clients with spiritual guidance, counselling, instruction and coaching to overcome life's many challenges.

I am available 7 days a week and I look forward to the opportunity of being of service to you. 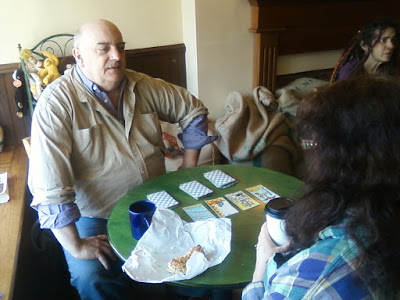 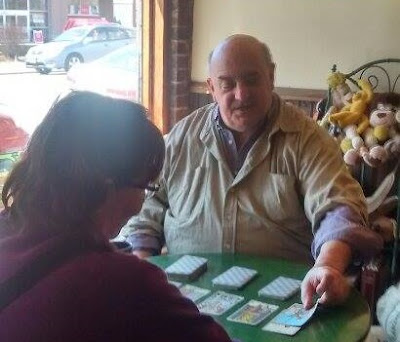 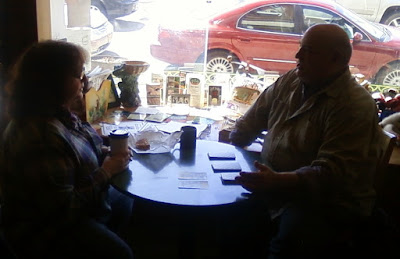 
Hi There, My name is Tony-Guy Parker (TG Tarot Psychic) and I’d like to welcome you to my Website.

I've been practicing Tarot card reading since my grandmother taught me to read the Tarot when I was 16 (I am now 64).

I have been giving honest, affordable, accurate, useful Tarot readings for Happiness, Love, Prosperity and Abundance, for over 48+ years.

My Psychic Tarot readings are based on The Ancient Hermetic Mystery Wisdom of The Golden Dawn, Tarot, Astrology, Numerology, Qabalah, and Angelic Correspondences.

I am available 7 days a week and have a flexible enough schedule to accommodate convenient Tarot Readings for clients in most Time Zones.

I look forward to the opportunity of being of service to you. 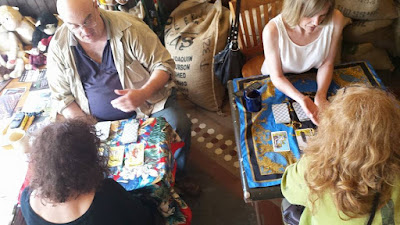 
The Rider-Waite-Smith tarot deck is one of the most popular tarot decks in use today in the English-speaking world (The Tarot de Marseille being the most popular deck in Latin countries). Other suggested names for this deck include the Rider-Waite-Smith, Waite-Smith, Waite-Colman Smith or simply the Rider deck. The cards were drawn by illustrator Pamela Colman Smith from the instructions of academic and mystic A. E. Waite, and published by the Rider Company.

The cards were originally published in 1910 by the publisher William Rider & Son of London. The following year, a small guide by A.E. Waite entitled The Key to the Tarot was bundled with the cards, providing an overview of the traditions and history behind the cards, criticism of various interpretations, and extensive descriptions of their symbols. The year after that, a revised version, Pictorial Key to the Tarot, was issued that featured black-and-white plates of all seventy-eight of Smith's cards. Several later versions of the deck, such as the Universal Waite deck, copy the Smith line drawings with minor changes and add more sophisticated coloring.

The Thoth Tarot is a divinatory tarot deck painted by Lady Frieda Harris according to instructions from Aleister Crowley. Crowley referred to this deck as The Book of Thoth, and also wrote a book of that title intended for use with the deck.

Crowley originally intended the Thoth deck to be a six-month project aimed at updating the traditional pictorial symbolism of the tarot. However, the project was to span five years, between 1938 and 1943, as its scope grew ever wider. Crowley and Harris were meticulous in their work, and Harris painted some of the cards as many as eight times.The current edition of the U.S. Games Systems deck contains two prototypes of The Magus card as painted by Lady Harris, each making use of markedly different style and symbols. These were never intended to be a part of the deck proper but were completed by Lady Harris but rejected by Crowley. They are included as a bonus treat for aficionados of the deck. Neither Harris nor Crowley lived to see the deck published. The first full publication was by Ordo Templi Orientis in 1969, although this initial printing was seen by many to be of inferior quality, and in 1977 Harris' paintings were rephotographed for a second edition. A further update with new photography took place in 1986, while the current edition is based on a revision of this update which was first printed in 1996. 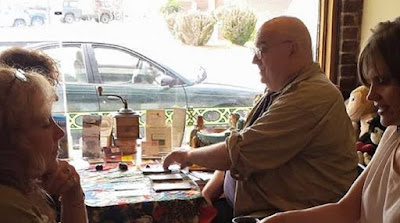 SIGN UP HERE FOR YOUR LIVE VIDEO PSYCHIC TAROT READING